Ok, check it out :) a new version has dropped into early access, available to subscribers of our development fund (see here if you want to learn more or support us :) ). This build restores our addon to working (cause it wasn't) in Blender 2.92, which is now in Beta. There was a recent change to the naming convention of some of cycles' python variables which our addon was using, the name change caused the breakage.

We've now refactored our addon to not use those names directly so further name changes are 'safe'. Though I feel like using the somewhat ironic (cause blender is made in the Netherlands) analogy of us plugging a dyke with our fingers each time there's a 'leak', only to have the leak happen somewhere else.

Crowdrender V0.2.10 now supports both AOV (Arbitrary Output Variable) passes and debug passes in cycles. This is demonstrated below with the Mike Pan BMW scene, the top left image is an AOV of the texture coordinates of the shader on the car's body. Top right is the layer weight from the same material.

The bottom left image is render time for each tile, the colour or brightness value of each tile is how long (possibly on average, Blender's docs don't specify!) a single pixel sample takes in milliseconds in that tile. The bottom right shows the number of samples each pixel received, again represented by the brightness value where 1.0 represents the full number of samples configured in the render settings. This image really only makes sense for adaptive or branched path tracing where different numbers of samples are used depending on what the ray intersecting each pixel has interacted with in the scene.

Perhaps more exciting is that now our addon works with Blender 2.92, it also can use Optix Hybrid rendering! So owners of threadripper/RTX3090 PCs will be pretty happy. This was achieved by an overhaul of how render devices are queried from cycles, which was solved when we investigated another bug where render devices were wrong for some nodes, including those of the client machine. That's fixed now, and as you can see in the tweet below, it both works great, and looks a lot better.

If you'd like to try V0.2.10, its current available in early access for supporters of our development fund, which you can read more about here -> https://www.crowd-render.com/crowdfunding

Our devopment fund currently has mini goals which once reached, mean we unlock another update to make available for free. We reached our first mini goal late 2020 and released V0.2.6. We also unlock them when a new version is released. After V0.2.10 was made available, we pushed V0.2.7 to the community. You can download it with a free account here -> https://www.crowd-render.com/download and you'll also be able to find release notes for it at the bottom of the downloads page.

V0.2.7 was a huge step forward in fixing some latent issues so its worth giving it a go. It solved problems for larger blend files that would not work properly, and stopped nodes from randomly freezing. Many other enhancements and bug fixes went into this patch release so its definitely worth checking it out.

A huge thank you and shout out to Mwave Australia for supplying us an RTX2070 Super GPU from Gigabyte and a PC to run it in. It made testing the Optix Hybrid rendering feature in Blender 2.92 possible, which is fab!

Check out their store here-> https://www.mwave.com.au

You probably already know Blender, but just in case, you can download blender 2.92 beta here -> https://builder.blender.org/download/

Finally if you'd be keen to support the Crowdrender project, you can do so by visiting our dev fund page, subscriptions start from just $4 a month, or you can make a custom donation, one off or monthly of your choice. 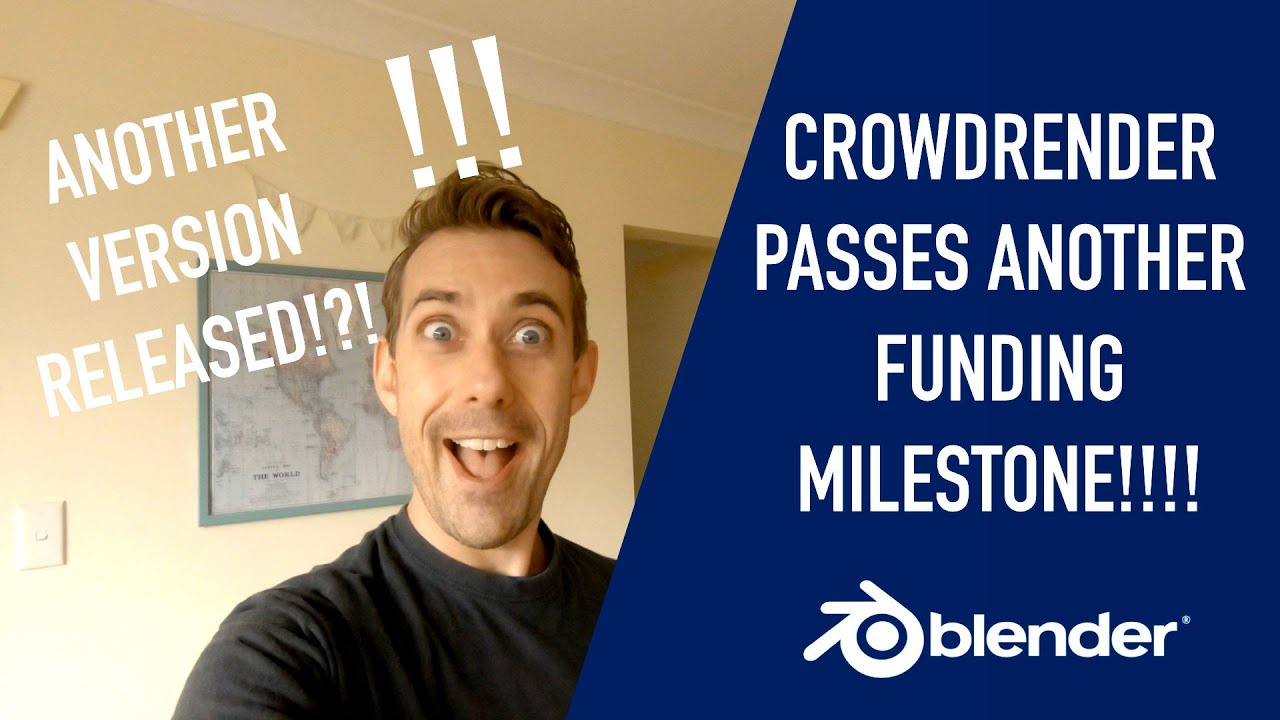